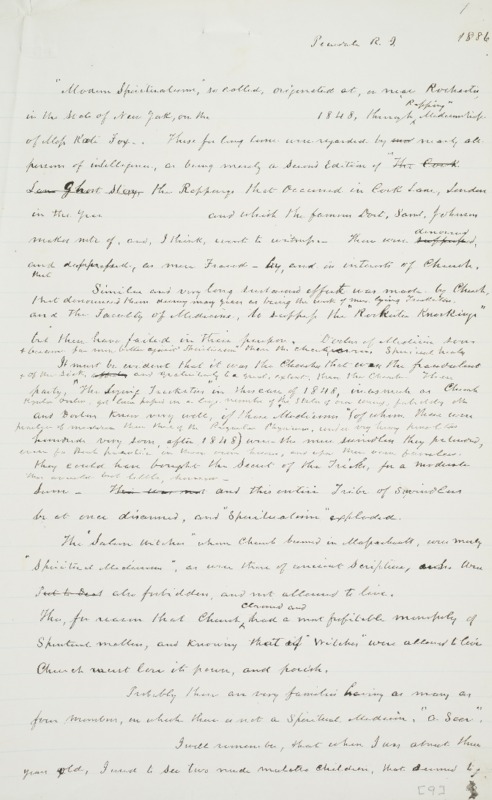 Like many historians today, Hazard attributes the start of "Modern Spiritualism" to the Fox Sisters, who first popularized "rapping" seances, or "sittings" in 1848.  During these sessions, one or more mediums would call upon spirits to indicate their presence through physical means.  Spirits could make the table move, ring bells, or produce knocking sounds (or "raps").  Hazard compares this phenomena to other famous hauntings, including the "Cock Lane Ghost" which noisily haunted a house in London.

Hazard also argues that the Salem Witches were "Spiritual Mediums" and that their execution was a calculated effort by the Church to suppress their powers.  Hazard was convinced of a conspiracy by established churches/religions to suppress Spiritualism, and repeatedly wrote about his suspicions:

"The 'Salem Witches' whom Church burned in Massachusetts, were merely 'Spiritual Mediums', as were those of ancient Scripture, who were also forbidden, and not allowed to live.

"This, for reason that Church claimed and had a most profitable monopoly of Spiritual matters, and knowing that if 'Witches' were allowed to live Church must lose its power, and perish."

From the Library of Joseph Peace Hazard

Hazard collected Spiritualist books, booklets, and leaflets, as well as newspaper articles discussing supernatural phenomena.  These materials provide a window into the world of a 19th century Spiritualist. 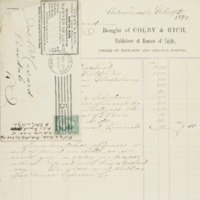 Booklet: Rules to be Observed when Forming Spiritual Circles, 1870 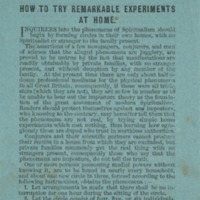 Leaflet: How to Try Remarkable Experiements at Home, ca. 1870 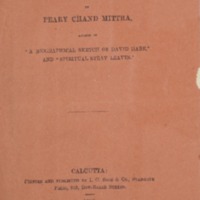 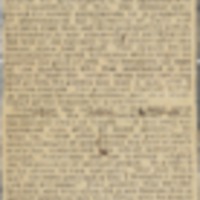 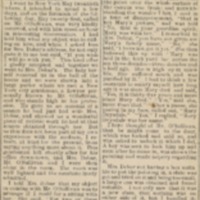 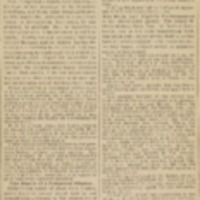 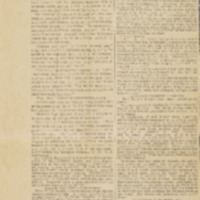